Did you know that MapRoulette started out as The OpenStreetMap US Remap-A-Thon? 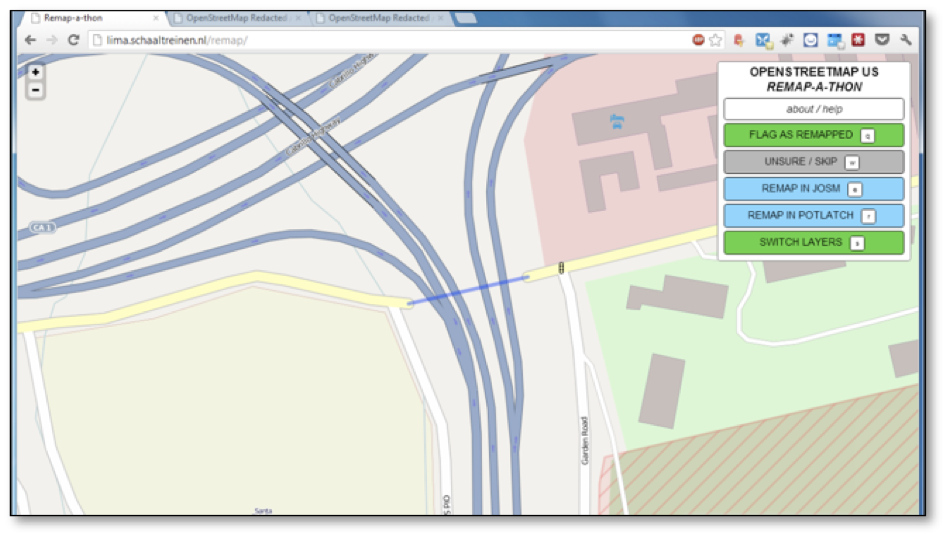 There was only one Challenge: to repair the road network in the United States after OpenStreetMap changed its data license from Creative Commons to the Open Database License. Mapping data from contributors who did not agree to this change, or could not be contacted, had to be deleted or reverted. This caused a large number of gaps in the road network. Some particularly bad examples:

With more than 70,000 such gaps and other errors, and a U.S. mapping community that was still very small, it felt like an almost insurmountable challenge to fix everything. That is when I came up with the basic idea for what was to become MapRoulette: what if we break this big problem up into very small tasks that almost anyone can fix quickly?

After a weekend of programming, the Remap-A-Thon was ready, and after announcing it on the talk-us mailing list, it quickly became a popular way to help fix the road network in the U.S. 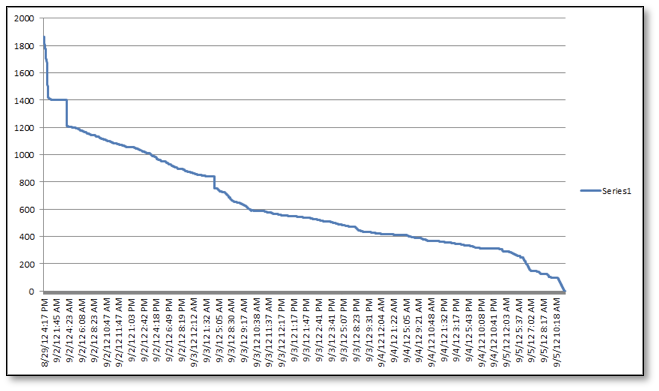 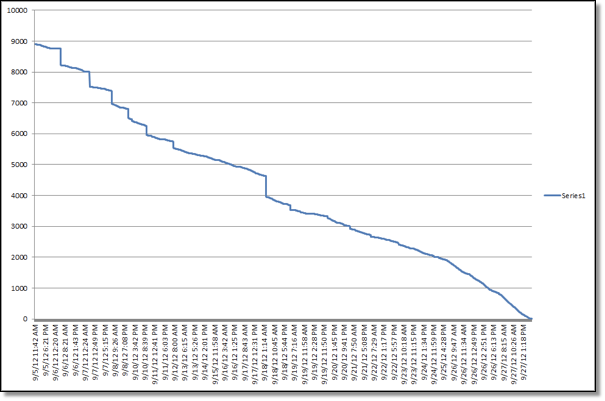 The community fixed all gaps in the road network in 4 weeks with the help of the Remap-A-Thon tool! After this initial success, development continued as I started to add more features like multiple Challenges, leaderboards, OSM login, and more. Most importantly, MapRoulette became a global community product, with many contributors around the world helping make MapRoulette better. Thank you!